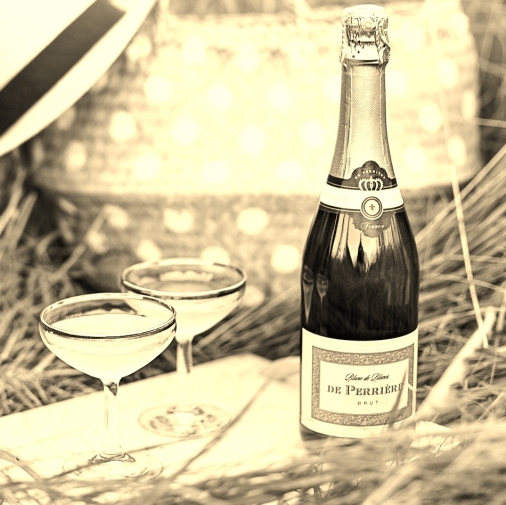 I heard on TWA that on August 5, 1850, Herman Melville and Nathaniel Hawthorne met at a picnic hike with friends at Monument Mountain near Stockbridge, Massachusetts.

It was four days after Herman’s 31st birthday. Nathaniel was 46 years old and was an established literary figure.  Melville had two non-fiction memoir books to his credit, both of which had sold well. Typee and Omoo were based on his time at sea and on Polynesian islands when he had jumped ship. Melville was just starting his career as a novelist.

The picnic seems to have been organized by a Stockbridge attorney, David Dudley, Jr. a mutual acquaintance. Besides HM and NH, Oliver Wendell Holmes was also along for their hike up Monument Mountain.

An unexpected thunderstorm hit along the way and they took shelter in a cave. It seems that this was where the main conversation between Melville and Hawthorne took place. I imagine that it was literary, but I don’t know if these were literary “brothers” or if the older, more successful Hawthorne may have been in more of a superior role.

The group reached the summit when the storm passed and they celebrated with champagne and poetry, including William Cullen Bryant’s “Monument Mountain.” It is a long, sappy lyrical ode about a Mohican maiden who is so depressed about not being able to marry who she loves that she throws herself off a cliff. Her body was covered with stones as a “monument” and the summit is called Squaw Peak.

The friendship developed over the next few years and Melville and Hawthorne wrote regularly to each other. Melville had a habit of burning letters but what evidence remains of their correspondence shows that they did share ideas, and did some editing and commenting on the other’s work.

Melville was finishing what he was calling The Whale that August. Hawthorne was working on short stories based on his hometown of Salem.

Their friendship faded after Melville moved back to New York City and both of his novels had failed in popularity and sales. My sense has always been that Melville considered Hawthorne a closer friend than Hawthorne did.

But two days after the picnic, Melville visited Hawthorne at his little red farmhouse in Lenox. They took a walk to the lake. Nathaniel gave Herman two bottles of champagne. Later on that day, Hawthorne wrote to a friend, “I met Melville, the other day, and liked him so much that I have asked him to spend a few days with me before leaving these parts.”

They lived six miles from each other for 18 months. These were very productive months for both of them.

Hawthorne’s The Scarlet Letter, The House of the Seven Gables, and The Blithedale Romance were either being written or published during that time. The Blithedale Romance (1852) is Hawthorne’s third major romance and the setting is a utopian farming commune based on Brook Farm, of which Hawthorne was a founding member and where he lived in 1841. The commune’s ideals end up clashing with the members’ private desires and romantic rivalries. It is considered a “dark Romance” whose plot reminds me of Updike a century later.

Melville finished his epic “The Whale,” which we know as Moby-Dick, while staring out of his farmhouse window at hills like whales. He was writing his next novel, Pierre or the Ambiguities, at the same time Hawthorne was writing The Blithedale Romance and I would guess there was some sharing of ideas and maybe some reading of each other.

In the fall of 1851, Melville dedicated Moby-Dick to Hawthorne: “To Nathaniel Hawthorne: In token of my admiration for his genius.”  I don’t think that Hawthorne ever dedicated anything to Melville.