“I don’t really work here.” “That’s what makes it so hard”. #TheBizarroJerry #Seinfeld
Today’s Coen brothers film at the Film Institute @montclairstateu is FARGO at 2pm hosted by Stephen Whitty https://www.montclair.edu/the-film-institute-at-montclair-state/
There’s something about a fireplace hearth that dogs love. Even if it’s fake. I mean the fireplace. The dog is real.
The visiting Ruby was absolutely no help cleaning up leaves.
Water, streetlights and a line of ducks headed to shore. And silence.
Too early little crocus! But I admire your optimism and hope you are prescient. 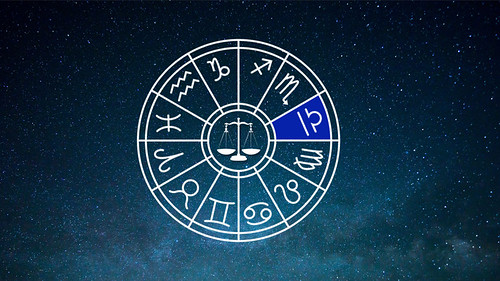 A reader made a comment on an earlier post of mine about astrology asking what my college girlfriend had said about me based on my natal star chart. I’m sorry to say that the answers were not written down and I recall only a few bits of information.

A few things that did stick deeper in my memory:

I was born on a Tuesday, which means (according to an old nursery rhyme) that I am “full of grace.”

I was supposed to be good at motivating others – which sounded good at the time since I was studying to be an English teacher.

I was supposed to be open to new ideas – which seemed like Catherine might have injected that so that I would be open-minded about her many “new age” ( a term we did not use back then) interests.

She said that I could easily adapt to new situations and people – something I did not feel was true of me at all.

I would have a good sense of humor. I did. I do. Who doesn’t love a compliment?

I don’t really recall any negatives about me (selective memory) or predictions about my future that she told me except that she said my physical weaknesses would be my stomach and kidneys – and damned if I haven’t had kidney stones, an ulcer, and GERD.

I recall there were numbers she gave me – all of which are forgotten – but I suppose it included things like the celestial longitude interval assigned to Libra is 180° to 210° and that according to the numerology algorithm, the life path number for everybody born on my birthday is 3. I’m not sure what to do with that numerical information.

I knew back then just by reading the horoscopes in newspapers that Libras are governed by the Venus and the Seventh House. My mother had given me a ring with my sign’s stone, the Opal, and that the symbol for Libra is Scales.

I looked on a few pretty serious astrology websites to see if anything there triggered a memory of what Catherine said about me. I should note that she was doing a specific chart for my actual birth day (sidereal astrology) rather than those general descriptions of everyone born in that wide period of Libra in any year. Catherine laughed those away.

One site said that I should be: very energetic, taking the initiative, and preferring action rather than planning.  I don’t know about back in college, but all three are untrue of the 2020 me.

Libra people are most compatible with Aquarius, Gemini, Sagittarius and Leo. Catherine was a Taurus BUT it was a strange fact that her birthday May 5 (5/10) was exactly half of my Libra birthday (10/20). That had to mean something, right? Libra people are least compatible in love with Capricorn and Cancer. I married a Cancer.

Finally, according to everything-birthday.com, as of today I have slept for 8,072 days or 22 years. (I’d knock that number down. I’m a lousy sleeper.) But I have been alive for 581,040 hours. (It seems so short.) My birthday this year will again be on my birth weekday of Tuesday. Still full of grace.

A lifelong educator. Random by design and predictably irrational. It's turtles all the way down. Dolce far niente. View all posts by Ken Ronkowitz