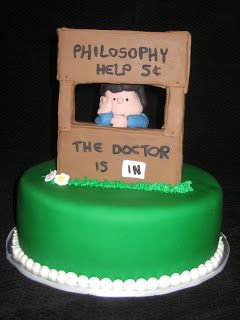 I saw on The Writer’s Almanac that Francis Bacon and August Comte had birthdays this past week. I wonder what philosophers’ birthday parties were like back then – or today. Liquor, for sure. Lots of conversations and lofty ideas, I assume. Lousy food and no cake or ice cream.

One birthday is philosopher, essayist, and statesman Francis Bacon. He was born in London in 1561. His main contribution to philosophy was his application of the inductive method of modern science. How would his idea that full investigation and rejecting any theories based upon incomplete or insufficient data go over these days?

At his birthday party, Francis might have said to me that, “Prosperity is not without many fears and distaste. And adversity is not without comforts and hopes.” To which I would reply, “Yes, but I still wish there was cake and ice cream, ” at which point Francis would move away from me.

It was also the birthday of the man who coined the term “altruism” and who helped found the field of sociology. Not as well-known to the public as Bacon, philosopher Auguste Comte was born in Montpellier, France in 1798.

He made friends with a social philosopher who insisted that the goal of philosophy should be improved social welfare, and Comte used this as a guiding principle for the rest of his life’s work. His most famous work was Système de Politique Positive. Altruism is the principle and moral practice of concern for the happiness of other human beings or other animals, resulting in a quality of life both material and spiritual.

Augie said at the party, “Everything is relative, and only that is absolute.” I told him that in about 100 years a guy named Albert Einstein was going to have his own theory about relativity and become very famous. “Good for him, ” he replied positively, “But if Francis was just more altruistic there would be ice cream and cake at this party.” Augie and I had to settle for a few brandy Alexanders.