You’ll be hearing that this month’s Full Moon is a supermoon. Some people call the April Full Moon a Pink Moon. How super and how pink will it be?

I suppose it depends on how you imagine a supermoon to be but because the Full Moon tonight (April 7) coincides with the moon’s perigee (closest point in the Moon’s monthly orbit to Earth), it’s “super.” Lunar perigee occurs Tuesday at 2:08 p.m. EST, and the peak of the Moon’s fullness is at 10:35 p.m. EST. ’s

Supermoons (that’s not an astronomy term) appear about 7 percent bigger and 15 percent brighter than regular full moons. That might not even be observable to you, but any clear view of the Full Moon is pretty cool.

Will it really look pink? Not really. Light does play tricks on our eyes and sometimes the Moon does look more red/pink or orange, but you’re likely to see the spectacular but regular slightly golden-white glow.

The plant is native to the USA and is widely cultivated. This evergreen perennial makes mats or cushions of hairy, linear leaves with small, five-petaled flowers.  The plant’s common names are mountain or creeping phlox, moss pink or just “pinks” and my mom always called it “mountain pinks.’ I still have plants I took from my childhood home’s rock garden that bloom here in Paradelle.

Though we call them and the Full Moon “pink,” the flowers can be rose, mauve, blue, white, or pink and might bloom anytime from early spring through early summer. It is cultivated as a spreading groundcover and can create a spectacular display when t covers a wide area like a flower carpet.

This Full Moon is also known as the Paschal Moon. “Paschal” means “of or relating to Easter” The timing of its fullness helps the Catholic Church set the date for Easter.

In 325 CE, the Council of Nicaea established that Easter would be held on the first Sunday after the first Full Moon occurring on or after the vernal equinox.  This year, the vernal equinox was a bit early (March 19) and Easter is strongly associated with early spring “rebirth” in nature.

This is the closest to Earth Full Moon of the year. It is also sandwiched between two other supermoons in March and May, so be sure to look up and notice these three supermoons of spring.

Follow the advice of Stephen Hawking, “Look up at the stars, not down at your feet.”

I saw a horoscope this week that said the moon is “Full in Libra” on April 7.

I know the Full Moon tomorrow is described as “pink” and “super” moon. It won’t look pink and the super is because  it’s in a “perigee syzygy.”

But astrology still confuses me. That horoscope post also said the sun in Aries opposes the moon in Libra, which is some kind of counterbalance me focus versus others. Saturn has entered into the sign of Aquarius and that further means I need to balance my own needs with the needs of the many. That actually sounds pretty sound in this time of the pandemic.

Jupiter and Pluto are in Capricorn and I don’t know what that means, nor do I understand square the supposed tension between order (Saturn) and chaos (Uranus).

I focused on Venus, the planet of love and attraction in the horoscope. It’s in Gemini. Is that good for love? No idea.

I do know that tomorrow is the Full Moon and I’ll write about that tomorrow.  I understand astronomy a bit better than astrology.

Easter this year is next Sunday, April 12.  Passover will begin on the evening of Wednesday, April 8 and ends the evening of April 16.  But both holidays will be celebrated differently this year in this time of staying at home and social distancing.

Gathering together and attending services in a church or temple are strongly discouraged and for good reasons. That doesn’t change individuals and confined family members in a household’s ability to continue their ceremonies.

Passover is the major Jewish spring festival which commemorates the liberation of the Israelites from Egyptian slavery, lasting seven or eight days from the 15th day of Nisan, as told in the book of Exodus in the Bible.

There are certainly connections between the two holidays, though there are major differences too. Both holy days (which is where “holiday” originated) celebrate liberation and freedom of different kinds.  The Hebrew word for Passover is Pesach in Hebrew פסח and in French, Easter is the similar Paques.

Some early Christians marked Easter on the same day as Passover, regardless of the day of the week, while others followed the practice that Easter came on a Sunday, as it had for Jesus’ disciples.

Later this month, Ramadan in the United States will begin the evening of April 23 and end the evening of May 23. Perhaps, the situation will be better by that time. I’m sure members of all three religions will be praying for a swift end to the pandemic.

The robins are back in Paradelle. Cardinals, bluejays and chickadees are very active at the feeders. Spring is here in astronomical terms and nature signs.  the temperatures are still cool most days and nights still deep into the mid/high 30s – but no frost. Not that we can’t have a late frost or even snow in April, but it feels like spring.

The only un-spring-like thing is that the coronavirus pandemic has changed our habits, holidays and outlook. I’m glad I can still work in my garden and tend my vegetable seedlings and get some sunshine when it’s available.

Back in October, we were supposed to look for signals of the winter ahead. I like to do a review for my Paradelle neighborhood, and that’s really all you can do because weather is local.

Here are some autumn 2019 signs I observed and their results.

“Much rain in October, means much wind in December.” That one held true.

“A Full Moon in October without any frost means a warmer month ahead.” No frost on that Full Moon night and November was, if not warm, mild.

Very few blooms in my garden late up until the Winter Solstice, which should have been a sure sign of a rough winter – but it wasn’t rough.

The squirrels were very active in the fall – and very active during the mild winter and still this first full spring month. Acorns and squirrels have long been part of weather lore. A bumper crop of acorns and squirrels that are more active than usual is supposed to mean a severe winter.  We had both here in Paradelle but the winter was mild and almost snowless – much to the dismay of my neighbor whose landscaping company does snow removal in winter.  The weather lore rhyme “Squirrels gathering nuts in a flurry, will cause snow to gather in a hurry” was definitely not true here.

The weekdays blurred into the weekend as we all are sheltering at home. I’ve been writing a lot, but mostly poetry and email to say in touch with friends. Nothing seemed like the right thing to write about this weekend in Paradelle in the midst of the COVID-19 pandemic.

I spent an entire afternoon drinking tea today and paging through a book of paintings by Vincent van Gogh. It was therapeutic. Maybe I’ll write about that this week.

Posts here appear on weekends but, as I said, weekday, weekend – it’s all the same.

Here’s one poem that came out of this time inside. It wasn’t written about the pandemic, but maybe it is about that. 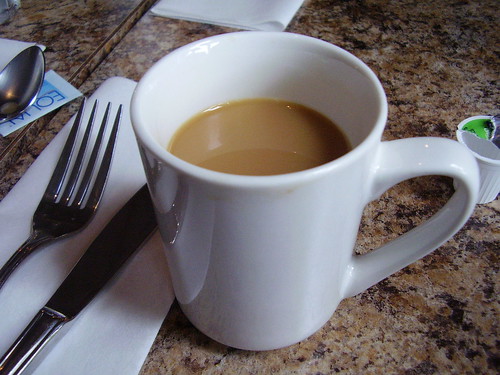 Two Hours of Coffee at the Diner

My newly retired friend says every day is a weekend.
A month of Sundays like that Updike novel, he says.

No, no, says his longer-retired wife
Every day is Wednesday. Weekends have no meaning now.

They are saying this to me because I’m nearing retirement
but I don’t want to hear either of those theories of time.

I want my days to continue to be 24 hours,
my weeks to have five weekdays and a weekend.

I tell my friends this and they laugh.
You’ll lose track of the days, she tells me.

If I didn’t have this phone calendar reminding me,
I wouldn’t know what day it is, he says to his iPhone.

None of this is making me feel good about retiring, I say.
You’ll get used to it, my long-retired friend says.

We all lift our coffee cups and drink and I realize
that two hours have passed without me realizing it.

Tonight is Earth Hour at 8:30 PM at your local time. The event was started by the World Wildlife Foundation and partners as a symbolic lights-out event. It started in Sydney in 2007 and Earth Hour is now a worldwide grassroots movement for the environment.

Millions of people in more than 180 countries and territories and it is a catalyst for positive environmental impact.

The annual event encourages individuals, communities, and businesses to turn off non-essential electric lights, for one hour, from 8:30 to 9:30 p.m.

This year, with many of us on lockdown and confined to home because of the pandemic, this may take on other symbolic meanings. Earth Hour is intended as a symbol of commitment to the planet, and a way to raise awareness for energy consumption and its effects on the environment.

It’s not difficult to. Turn off those lights in other rooms, the floodlights on the deck, backyard, driveway, and porch. More importantly, let people know why you do it and ask them to join in – and check out the website at EarthHour.org