I suspect your calendar says autumn will arrive on September 22, but it arrived on the first of September along with some violent weather that arrived in Paradelle.

Most of us were taught that the seasons change with solstices and equinoxes.  Those are the astronomical seasons that follow the position of Earth in relation to the sun. Meteorological seasons follow the annual temperature cycle and match our Gregorian calendar.

The dates of the Equinox and Solstice aren’t fixed due to the Earth’s elliptical orbit of the Sun. The Earth’s orbit around the Sun is closest (perihelion) in early January. In early July,  it is most distant (aphelion). That always seems odd to people. Closer is not warmer. Farther is not colder.

On the autumn equinox, day and night are of roughly equal length. Nights become increasingly longer than the days – something you are no doubt are already observing. The pattern reverse with the spring equinox.

So, when is it really the start of autumn? For those of us living on the top half of the Earth, I say it is with the autumn equinox when the northern hemisphere begins to tilt away from the Sun. That means less direct sunlight hits us so temperatures cool.

The end of summer in September – and hopefully early October – is one of my favorite times of the year.  In some years and in some places in the north, we may get what has become known as “Indian Summer” – that imaginary season that occurs when temperatures are more summer than autumn from late September to mid-November.

I love it when summer gets a second chance. Sometimes the universe doesn’t play by the rules of meteorology and astronomers.

The Julian calendar was proposed by Julius Caesar in AUC 708 (46 BC). It was a more accurate version of the existing Roman calendar and it took effect on 1 January AUC 709 (45 BC), by his edict. It was designed with the aid of Greek mathematicians and Greek astronomers for accuracy and was the predominant calendar in the Roman world and most of Europe for more than 1,600 years. 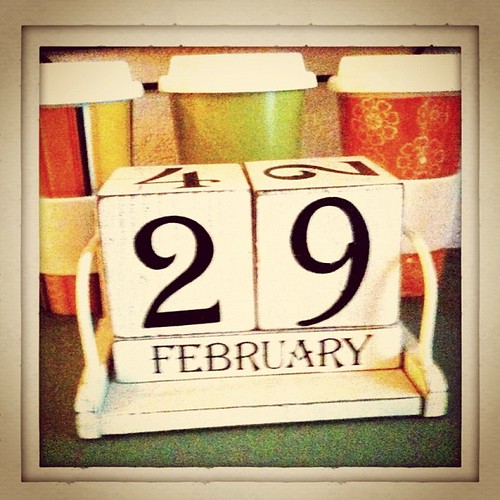 2020 has an extra day because it is a leap year. This year has 366 days instead of 365. This year also will not begin and end on the same day of the week, as a “normal” non–leap year does. The extra day is February 29 – a day added nearly every four years to the calendar year.

Why? The short answer is that try as we do to control time, we need to adjust to keep our calendar aligned correctly with the astronomical seasons. The Earth’s orbit around the Sun takes approximately 365.25 days, so without this extra day, our Gregorian calendar would get out of sync.

This is for the Gregorian calendar. It’s a lot more complicated if we get into other calendars. In the lunisolar Hebrew calendar, Adar Aleph, a 13th lunar month, is added seven times every 19 years to the twelve lunar months in its common years to keep its calendar year from drifting through the seasons.  Complicated. In the Bahá’í Calendar, a leap day is added when needed to ensure that the following year begins on the March equinox.

A long time ago, Leap Day was known as “Ladies Day” or “Ladies’ Privilege,” as it was the one day when women were free to propose to men. One tradition today is called Sadie Hawkins Day which sometimes applies to February 29 and allows ladies to ask men for a date or dance.

Two questions that puzzled me about leap years: 1) Why is it called a “leap” year?   2) What happens if your birthday is on February 29 and you only have that birthday every 4 years?

In the Gregorian calendar, a fixed date normally advances one day of the week from one year to the next. January 1 this year was on Wednesday and normally the following year it would be on Thursday.  But in the 12 months following the leap day (March 1 – February 28 of the following year) the day will advance two days due to the extra day. So, next year January 1 and the other days will “leap” over one day in the week. January 1 will leap over Thursday and be on Friday next year.

A person born on February 29 is sometimes called a “leapling” or a “leaper.” In common years, they usually celebrate their birthdays on February 28, but it could be celebrated on March 1 since that is the day after February 28. Though a leaper might claim to be only a quarter of their actual age (by counting only their leap-year birthday anniversaries). For legal purposes, these birthdays depend on how local laws count time intervals.

At the end of 2016, there was a “leap second” added to the year to correct the length of a day into Coordinated Universal Time (UTC). This tiny insertion adjusts because of variations in Earth’s rotational period. Leap seconds are not regular things because variations in the length of the day are not entirely predictable.

And though you won’t hear anything like the madness that surrounded the Y2K bug, leap years can present computing problems if the 366th day or February 29 is not handled correctly.

Today is January 14, 2019, according to the Gregorian calendar that you are likely to use, but in the Julian calendar this is the start of a new year.

The Julian calendar was used worldwide for over 16 centuries. Not a bad run.

Another place that you will still see the Julian calendar used is with the dates of astronomical events that occurred before the introduction of the Gregorian calendar in 1582.

I do a lot of posts that touch upon the calendar – seasons, celebrations, holidays, the Moon, astronomical occurrences. Most of the time I am in “our calendar” – the Gregorian calendar. Today, it is the internationally accepted civil calendar and is also known as the “Western calendar” or “Christian calendar”. It was named after the man who first introduced it in February 1582: Pope Gregory XIII.

It is a solar calendar based on a 365-day common year divided into 12 months of irregular lengths. 11 months have either 30 or 31 days, while February has only 28 days during the common year. (Nearly every 4 years is a Leap Year, when one extra – or intercalary – day is added on 29 February.)

However this switch from Julian to Gregorian probably was pretty odd to folks back in 1582 in Italy, Poland, Portugal and Spain where it was first adopted. This “Gregorian reform” meant a number of days had to be dropped. They dropped 10 days in October 1582. It changed the rules to determine the date of Easter, and for calculating Leap Years.

Still, the Gregorian calendar is not the only one.

The Hebrew calendar has months that change with the new Moon, and the full Moons fall in the middle of the month.

A solar year is about 11 days longer than twelve lunar months, so to keep holidays tied to their seasons, the Hebrew calendar occasionally repeats the month of Adar.

The Islāmic calendar is also lunar. The months start with the first sighting of the waxing crescent Moon, a few days after the New Moon.

Unlike the Gregorian and the Hebrew calendars, the Islāmic calendar has no leap days or leap months to stay in sync with the seasons, so Islāmic holidays occur approximately 11 days earlier each solar year.