Anyone who looks up at the night sky and can identify a few stars, constellations or planets knows that everything is always moving.

Or is everything moving? Maybe we are the one who is moving.

There is an expression that your “North Star” is the thing that guides you. The actual North Star or Pole Star – which is named Polaris – is known for holding nearly still in our sky while the entire northern sky moves around it.

It really was a guiding star for ancient travelers and sailors. Like a compass, it showed you due North.

Polaris is located nearly at the north celestial pole which is the point around which the entire northern sky turns. If you painted stars on the ceiling of a room and had your own Pole Star at the center of the room and stood right below it, you could spin like a top and all the stars would circle over your head. Except for that Pole Star.

In my lifetime, the stars have been essentially fixed relative to one another, but over time they are moving around the center of the galaxy.  I wrote earlier about how even the North star has moved and the Pole Star has not always been Polaris.

The universe is still at times unimaginable.

Remember back in 2006 when the poor, old planet Pluto was demoted? A group of scientists decided that there are three main categories of objects in our solar system. There are Planets – 8 from Mercury to Neptune. There are Dwarf Planets – now to include Pluto and any other round object that “has not cleared the neighborhood around its orbit, and is not a satellite.” And there are Small Solar System Bodies – all other objects orbiting the Sun. 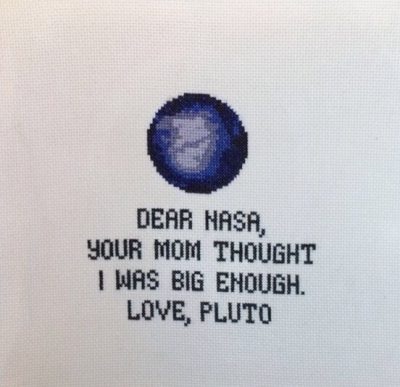 I felt bad for Pluto – and so did a lot of other Earthlings.

In 2015, I read that the waxing gibbous moon outside my window was moving toward the star Aldebaran, the brightest star in the constellation Taurus the Bull. Nothing odd about that. Normal movement.

But what I had not known until then was that Aldebaran also had a kind of demotion. It used to be the North Star, also known as the Pole Star. How does a star lose its rather prominent name and place in the sky?

You probably learned that Polaris is the North Star, but a long time ago Aldebaran had that honor. That was 450,000 years ago.

Back then, it appeared several times brighter in the sky then than it does now. In a way, it shared the title because it was very close to another very bright star, Capella, so they served as a double pole star. (This was 447,891 BCE, if you like precision.)

That’s pretty amazing, but it was a long time ago. What really hit me was that in this little solar system of ours and in our beautiful galaxy and this almost unimaginable universe, everything is always moving.  The sky looked different hundreds of thousands of years ago.

The identity of the pole star shifts over time. This is due to the 26,000-year cycle of precession. (read more)

Most people believe the stars essentially fixed relative to one another. Within the scale of human lifespans, that is true. But stars are moving through space in orbit around the center of the galaxy.

The Earth is spinning as I sit here typing. It is making our Moon and Aldebaran shift westward but the Moon is moving to the east relative to the “fixed” stars because of the Moon’s orbit around us.

It is all so amazing. Some people think that looking up into that giant night sky makes them feel so small. I disagree. It makes me feel a part of something so enormous and grand.

Hello, Aldebaran. We didn’t forget you.