You’ve heard of the Supermoon, right? That is when the Full Moon is at its closest point (perigee) to Earth. It looks a bit larger to the naked eye. It’s not an astronomical term but more of a popularized term.

So, it is no surprise that the opposite – a micromoon – began to be used when a Full Moon or a New Moon coincides with apogee – the point in the Moon’s orbit farthest away from Earth.

The Moon orbits Earth in an elliptical path, which means one side of the path is closer to the Earth than the other.

The January 2023 Full Moon is typically called the Wolf Moon. It will be full at 6:08 PM EST or 11:08 PM UTC. It is considered to be the first Full Moon of the Winter 2022-2023 season as the December 2022 Full Moon occurred prior to the Winter Solstice. This is the Full Moon in Cancer.

How different will the Moon look tonight? It is further away and looks approximately 14% smaller than a Supermoon – though that is easy to discern to the naked eye. The illuminated area appears 30% smaller, so it might look a little less bright.

Old folklore accounts suggest that Full, New, Super, and Micro Moons all affect human mental health and bring on natural disasters, like earthquakes, but no scientific evidence supports any such correlation. Still, be on the lookout tonight…

Tonight, the December Full Moon will be full in my part of the world at 11:08 p.m. For other places, it will be officially full in the early morning of December 8.

This month’s Full Moon is often called the rather dull and generic Cold Moon. December is when winter really begins in most of the Northern Hemisphere. Of course, parts of the U.S. and the world have already had significant snowfall and cold weather. In Paradelle, there hasn’t been snow yet, but we have had nights below freezing and almost all the plants have died or gone into their winter phase and the trees have lost their leaves. It is no surprise that in our hemisphere most of the ancient names for this Full Moon are related to the low temperatures and darkness. Long Nights Moon is another fairly common name. The Anglo-Saxon name was the Moon Before Yule, anticipating the ancient celebration around the winter solstice.

The winter solstice is still two weeks away, but ancient people were more likely to track the changing seasons by following the lunar month rather than the solar year. The Moon is much easier to observe and the 12 months in our modern calendar are based on that observation.

The Moon names used by the many Native American tribes are usually more interesting (and sometimes harder for me to find etymologies for) and vary based on geography and climate. The cold brings the Hoar Frost Moon, Moon of the Popping Trees, Winter Maker Moon and Drift Clearing Moon. The Choctaw people’s ancestral homeland spanned from most of central and southern Mississippi into parts of eastern Louisiana and western Alabama, so it is not surprising that in November it was the Sassafras Moon and December brings the Peach Moon.

The Anishnaabe (Chippewa, Ojibwe) people called this twelfth moon the Little Spirit Moon. It is a time of healing and recovery when we might receive both visions of the spirits and good health.

For many people, winter is a time to stay indoors and turn our attention to different tasks. Sailors might be mending sails and nets. Farmers might be repairing tools, preserving foods, storing meat and planning for spring planting. Warm-weather athletes might be recovering from injuries and training for a new season. Now that I can’t work in my garden and do outdoor projects, I turn inside with home projects and also increase my writing and painting.

It is a good time to walk the Red Road with pure intentions. The Red Road is a modern English-language concept of the right path in life. Though inspired by some Native American spiritual teachings, the term is used more in the Pan-Indian and New Age communities than amongst traditional Indigenous people. When I read Black Elk’s words, the metaphoric red road was a spiritual way of life. Oglala Sioux medicine man and holy man, Black Elk, saw everyone on the red road as being one interconnected circle of people. It is a sacred hoop that while you need to walk it alone, many others walk with you.

The metaphor had been adopted and adapted by groups from the Christian church to some modern addiction treatment programs. The idea of the Red Road as a way to recovery connects to the Little Spirit Moon.

I came across this book – 365 Days Of Walking The Red Road: The Native American Path to Leading a Spiritual Life Every Day – when I was reading for this post.
No review or recommendation – just a reference.

On Tuesday, Nov. 8, 2022, Election Day, the moon will pass through the shadow of Earth resulting in a total lunar eclipse that will be seen from Oceania, the Americas, Asia, and Northern Europe. This will be the second and final lunar eclipse of this year.

During the total lunar eclipse, the moon may take on a brownish-red-hue that results from light from the sun hitting its disk after being bent around the Earth by our planet’s atmosphere, which also filters out blue light. Thus, this is sometimes given the unscientific nickname of a “Blood Moon.”

Why the Beaver Moon? This is the time of year when beavers begin to take shelter in their lodges, having laid up sufficient stores of food for winter. During the time when the fur trade in North America was an important industry, this was also the time to trap beavers for their thick, winter-ready pelts.

If the October Full Moon is closer to the equinox than the September Full Moon, we would call tonight’s Full Moon the Harvest Moon. This year it is not and so it is most often called the Hunter’s Moon. The name is sometimes said to have come from the idea that the bright moonlight made it easier for night hunting. But it’s no easier than other moonlit nights. The name comes from the chilling weather being the time for Indian tribes to hunt in order to prepare for winter. Hunting seasons for deer, turkey and other game still occur in the fall. Two other names for October’s Full Moon also come from hunting. The Blood Moon and Sanguine Moon both refer to the reddish color of blood and are more of a hunting reference than the idea that the Moon appears to be red. (It does appear larger and sometimes red/orange when it first rises.)

Other names include the Dying Grass Moon and Drying Rice Moon, Falling Leaves Moon, Freezing Moon, and Ice Moon. All of those are dependent on your geography. Two other names are the Travel Moon and Migrating Moon. The latter name refers to birds and some animals that might love to warmer areas or even those that move to winter homes. So too did some tribes travel to winter camps.

Modern-day humans also travel to warmer climes around this time and some migrating “snowbirds” who live near Paradelle in the northeast travel south for the winter. too.

Most of the time, what we see as a Full Moon isn’t perfectly full. We always see the same side of the moon, but part of it is in shadow, due to the Moon’s rotation. Only when the Moon, Earth and the sun are perfectly aligned is the moon 100% full. That rarer alignment produces a lunar eclipse.

Actual crop harvests, such as corn, have nothing to do with Full Moon names though. The name Corn Moon is the version of harvest that a number of Native American tribes called this month’s Moon. The Celtic and Old English names include two harvest names – Wine Moon and Barley Moon – and also Song Moon.

The September Full Moon is sometimes called the Chinese Chrysanthemum Moon and it coincides with the Mid-Autumn Festival – also known as the Moon Festival. As with the British Midsummer Eve, September 10 is not mid-autumn in America as the autumn equinox won’t even arrive until the 22nd. But in my part of the U.S., this is when you start to see chrysanthemums blooming both in the ground and appearing at stores. They are often in autumn colors and used as decorations. Florist mums are not hardy in Paradelle, so even if you plant them, they will not make it through the winter, so we most commonly see them in pots or transplanted for the season around homes. I have associated mums with autumn since my childhood as our garden had a row of them in orange, bronze, red, purple, white, and yellow. 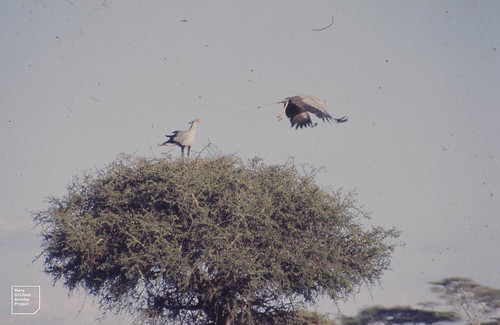